Yesterday I very wrongly assumed that Congressman Joe Wilson (R – SC -2) was from a safe Republican district in . I didn’t check my facts. I assumed that a man who does what no one else has done within living memory, heckled a sitting President of the United States at a joint session of congress, had nothing to fear from a backlash from his own district.

I assumed rebel yells were being shouted from one rooftop to another throughout his district.

And I was very probably dead wrong.

That is bat guano and everyone knows it. It is the right of everyone to be able to disagree with a president. More than that, it is an American tradition.

But what is not an American tradition is to open up in a joint session of congress and call out to a sitting president that he is a liar.

That isn’t done. NO ONE recalls the last time this was done.

More to the point, I think that the congressman felt a sense of entitlement coming on the heels of the Angst of August, when so many over the summer heaped on the president such huge dismissals. He’s not a citizen. He’s a NAZI. These wild claims are simply unprecedented. You can dismiss the man all you want, but not the office. No one ever razzed and heckled Bush-43 or called him a liar in congress.

Comparison of the left criticizing Bush-43 to the right calling Obama a NAZI or an illegal alien who is illegally occupying the oval office is a complete travesty. Illogical in the extreme. But considering the sorts of people we are watching act out now, this is to be completely expected. Republicans have lost all sense of propriety. All sense of decorum. All sense of sense.

I’ll say it again, calling the president a liar in a congressional session is way over the top. Congressman Wilson needs a lesson in decorum.

Besides, in the South, calling someone a liar, those are fighting words. And I think Barack can take Joe in a couple of rounds.

But that may not be necessary. As I said, I was wrong about Joe Wilson coming from a safe Republican district. 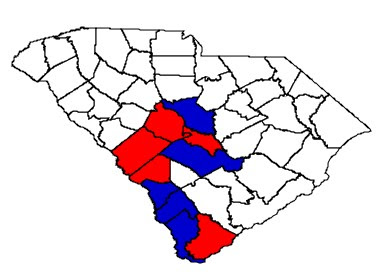 nt, Rob Miller, by a mere 7 points. 53.74% to 46.18%. Now some of those 56% aren’t going to vote for a Democrat if their lives depended on it. But I am willing to bet that there are some in that number who are completely turned off by what this rude, crude man did last night.

The cities in went for Miller, the rural counties went for .

But more to the point, guess who just raised $200,000 for each word that Joe Wilson shouted out to Obama last night? Raised $400,000 for the Democrat who will oppose Congressman Wilson in 2010?

ActBlue is the Democrats’ online fundraising weapon and last night they put out an APB on Joe Wilson. And Ron Miller, who will run against again next year was the beneficiary.

This will be another race to watch next year. Ron Miller has a lot of ammunition now, and the financial backing to expend it wisely over the 10 counties that comprise SC – 2.

Oh, and by the way, if you would like to get in on the fun, here is ActBlue’s Ron Miller donation page.

Here's another factor: South Carolina's social elite are fanatic about decorum and keeping up good appearances regardless of what's going on under the surface. As a former resident, I saw this again and again.

I don't know his district, but I do know that many there must have been aghast at his performance.

Very little is worse, in South Carolina, than bad manners.

I'm from S.C. too, and you are dead on it! One can be going to hell in a handbasket, but ya better smile and be polite in route. Nevertheless, don't mistake their decorum for informed opinion. Many (most?) are ill informed because being informed requires talking about unmannerly subjects like politics, however, they probably harbor Wilson's feelings, but are ashamed of his decorum. Honestly it is a mixed up state (different but not any worse than Texas).

I also hail from South Carolina.

I am very embarrassed about Joe Wilson and the present Governor’s behavior and the taint it has brought on the state of South Carolina, particularly, Joe Wilson’s actions because his actions are of a vile public exhibition and concern whereas the Governor’s acts are more about his individual private life becoming public.

I was considering moving back to S. C. in order to enjoy cooler weather and seasons again as well as the friendly Hey Y’all and the polite Yes Mam and Yes Sir; however, I am stymied right now. Some of my friends have been making fun of my desire to return to my home state after Joe Wilson‘s rude and crude exhibition.

The difference between South Carolina and Texas is the weather better in South Carolina; the people of South Caroline revere good manners, and in South Carolina the racism is contradictive--like in the case of Strom Thurmond which is also akin to Thomas Jefferson-- Jefferson wrote one thing, spoke another, and, loved someone in the most intimate of ways which contradicted everything about him.