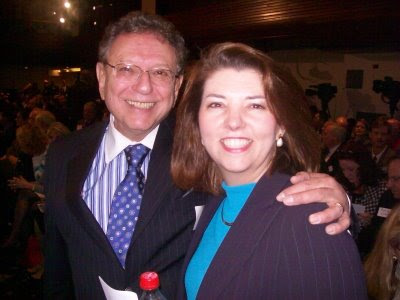 Huge gains in the state House since Republicans took it over in 2001 have brought the House back from the brink of slow devolution. Harris County and Dallas County, once havens for the GOP are now dominated by Democratic office holders.

All of this, and more, have not escaped the notice of Republicans, and Benkiser actually faced opposition in her re-election, had she stood for re-election, in 2010.

Two Republicans, Tom Mechler and Mark McCaig have indicated that they wished to unseat Benkiser. Mechler pulled no punches in comments that accompanied his announcement that I found reprinted in The Lonestar Republican:

“Under her leadership we have lost what was once a solid majority in the Texas Legislature. That’s a failure in leadership. Having lost seats in the last two general elections, Republicans are now poised to lose our two-seat majority in the Texas House of Representatives if a serious correction is not taken prior to the 2010 general election. If we lose our majority, Republicans will be at a great disadvantage in the redistricting battle, which will occur after the 2010 census.”

Yep. They may be wrong-headed on every issue known to man, but they can’t be accused of being stupid.

So what is Tina going to do now? Well that has been announced as well.

She will become a senior staff advisor on Rick Perry’s re-election campaign.

This works on so many levels. Tina Benkiser, who once claimed that God Almighty Himself was chairman of the Republican Party of Texas – no, she really said that – and who once defended the unconstitutional claim of Tom DeLay that Republicans could replace him, or anyone for that matter on a ballot without them going to the trouble of a primary contest, Tina Benkiser is going to advise Rick Perry.

If I were Kay Bailey Hutchison right now, I would be doing handsprings down the aisles of the US Senate.