Who Is Going To Blink? 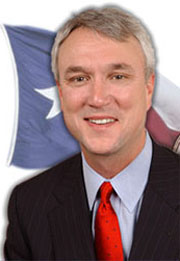 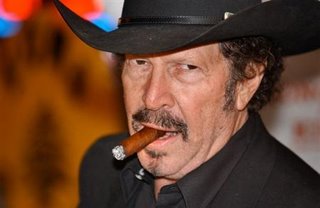 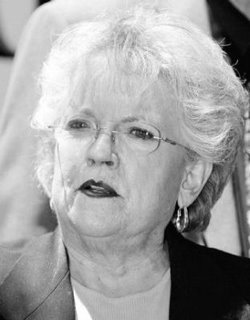 The Texas Gubernatorial Debate is on for tomorrow night. KHOU at 7PM. I will be watching with my Fort Bend Democrats friends.

I find it interesting and amusing that they scheduled this debate for one hour. A one hour debate split between four candidates. Fifteen minutes apiece? Well, less because of commercials. How much damage can Rick Perry, Kinky or Grandma do to themselves in 15 minutes? I also find it interesting that Friday night was the only time that all four candidates could agree on or could juggle their calendars around.

What I want to know is which of the four doesn’t want Texans to watch the debate? Because that is the one who could only make it on a Friday night. I know for a fact that not one Texas high school football coach, not one parent, uncle, aunt, cousin or grandparent of a high school football player, band member, drill team member, or cheer leader will be able to watch the debate. Wait, I know, they’ll set their DVRs, right?

And this whole thing has turned into some sort of statewide staring contest. The polls are wildly divergent with regard to everyone but Perry. Perry polls somewhere around 35% plus or minus a few. That is his strident base (well one poll said that 29% were his base, and the rest are Krishna knows what). The Zogby poll has Chris Bell close to Perry, but another has him way behind Grandma and just ahead of Kinky. The Libertarian? Old what's his name? Who cares?

The three non-Perry candidates can’t agree on anything except that Rick Perry needs an early retirement package. So unless someone blinks and tells their supporters to stop supporting them and vote for Chris Bell for governor – because in their minds anyone is better than Perry – then they will be personally responsible for saddling Texas with this slime bucket for a governor for another four years.

People should start letting them know that if they haven’t already.

The fact is, of the three, only Chris Bell has run a credible race. And of the three, only Chris Bell is running as a major party nominee. If Kinky and/or Grandma throw their support to Bell, they become statewide heroes. If Bell withdraws in favor of Grandma, then he has lost all credibility with his party . . . forever. And his party loses credibility – they would be giving to nod to a Republican hiding as an Independent.

No, there are only three possible outcomes here unless someone catches Grandma sending emails to Girl Scouts.

1) Perry wins because no one blinked and Kinky and Grandma are run out of Texas on a rail,
2) Bell wins by a squeaker due to a twelfth hour media blitz and a sudden return to sanity among independent voters,
3) Bell wins big time because Grandma figures another angle and sends her anti-Perry bloc over to Bell.

Rumor has it that the Sekula-Gibbs campaign has decided to target voters in New Territory in their Fort Bend County efforts.

New Territory? The precinct that went for Morrison by 45% in 2004? They were that mad at Tom then, just think of how they are going to receive Silly Shelley Sherrie Matula-Sekula-Mazoola-Giblets, Tom’s hand-picked successor.

I’m willing to give the campaign the benefit of the doubt and allow that they are going to target “persuadable” independents and Tom’s base out there. And that is because they have to assume that Tom’s base in Sweetwater and Sugar Creek are still there. They have to. There is not a doubt in my mind that they have had to go on this assumption because they have no time to resolidify Tom’s core supporters AND go after the persuadables.

Gee. Funny how things work out like that.
Posted by Hal at 8:13 PM

I heard the same rumor.

What? She's not looking at the data?

Perry is a crook selling Texas, and he MUST be Fired!
http://www.StopPerry.com

Hush! Let them walk New Territory. The Republican "in-crowd" in New Territory has just about hacked-off everybody else in the community with their pushy-bully ways. One of them walking it does us more good than all of us walking it!