Repeal the War in Iraq 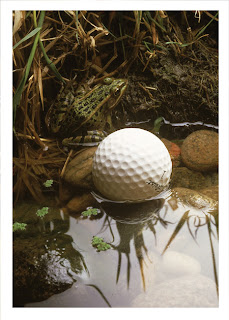 Now that the truth is out, that there were no WMDs in Iraq, no nuclear research, that al-Qaeda had no love or support for Saddam Hussein and vice versa, and finally, that the Bush administration took our country to a war of choice by issuing lie after lie, aren’t we allowed a mulligan?

Can’t we do it over now that all the facts are in and we can vote on the facts, and not the fantasies hatched out of the mind of Dick Cheney?

I’m sure Hillary Clinton would appreciate a mulligan.

I’m not kidding, it is a resolution to end congressional approval of the war on December 31, 2007:

The resolution doesn’t cut Iraq off at the knees, but it does significantly redefine the role of US troops that do stay behind for the purpose of:

(1) Training, equipping, and advising Iraqi security and police forces.
(2) Force protection and security for United States Armed Forces and civilian personnel.
(3) Support of Iraqi security forces for border security and protection, to be carried out with the minimum forces required for that purpose.
(4) Targeted counter-terrorism operations against al Qaeda and foreign fighters within Iraq.
(5) Logistical support in connection withactivities under paragraphs (1) through (4).

Now, I don’t think a war has ever been repealed. Once Congress had to withhold funds to prosecute the war in Vietnam, and that worked – but with a lot of subsequent recriminations. What the resolution does is say that Congress does not approve the war, and that it is an executive branch war now.

Not that it has a snowball’s chance in the infernal regions of passing. While the Senate has a slim Democratic majority, minority members have figured out how to use a procedural method to keep legislation off the floor. [Note to America, do better next time. We need a 60-40 majority]. Even if it does pass, it would be vetoed and they would then need a 2/3 vote to override. But as the op/ed piece in the Sacramento Bee says, a veto of this bill would surely place all responsibility for this illegal and immoral war squarely in Bush’s lap.

Right where it belongs.
Posted by Hal at 6:31 PM