That was a statement from one scenario in the Lampson campaign in a posting of mine last month. I stand by that, but I have to qualify the statement in that I have to exclude the 0.5% of the voting public that votes a straight Libertarian ticket.

Libertarians are a weird radical fringe group. When you look at the things that they support vs. the things they don’t, you are left scratching your head unless you realize that the core of their belief system, and that’s exactly what it is, is that people should be free to do whatever they want as long as they don’t infringe on the liberty of anyone else.

Gee. That sounds like something Jesus would have said.

And therein lies the flaw to the argument. People should be self-responsible, but as a rule, people are not. The other 99.5% of the voting public would agree to that. Jesus had his work cut out for him in urging people to “do unto others . . .”. Libertarians have a similar chore. 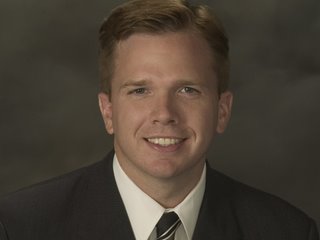 Why bring all this up? No, it’s not because Nick Lampson and Bob Smither are about to square off after Tom withdraws. It’s because, in the western portion of Fort Bend County, there is another battle for a Texas congressional seat being waged. Shane Sklar, a moderate Democratic 4th generation Texas rancher, is running against Dr. Ron Paul, a Libertarian posing as a Republican, and a sometimes Ob/Gyn.

How does a Democrat run against a Libertarian? You can’t run on itemized issues because almost half the time you will find Dr. Paul on your side. This is why liberal democrats in CD-14 like him. He wants to legalize marijuana. He was one of the few who voted against going to war in Iraq.

But how does that square with his vote Against any government relief for Hurricane Katrina victims? Why did he vote against the Child Obsenity and Pornography Act? Or why did he cast the lone No vote to award Mother Theresa a congressional gold medal of honor? (or Ronald Reagan or Rosa Parks?).

Again, you need to filter all of this through a Paulian Libertarian sieve, then it all makes sense. Dr. Paul is against any government spending unless it is to put the US economy back on the gold standard, against any statutes that interfere with the liberties of others (unless we’re talking abortion here), and against any waging of war anywhere. And there it is in a nutshell.

Dr. Paul doesn’t have political views, he has a system of principles and beliefs. That the outcome of these principles more often than not overlap with Republican politics, allows him to be a Republican.

Dr. Paul's votes are based on uniquely held principles and beliefs that are way out of the mainstream of American politics. And voters in Texas CD-14 are starting to figure that out. And as they’re finding this out, as Sklar mentioned in a Kuffner interview,

(Shane Sklar has gotten) "Democrats, Independents and Republicans supporting this race. And I get those supporters even though they know that I may not be with them ideologically. They’re supporting me because they want an effective representitive bringing back jobs to the district and can actually have a conversation with his collegues in congress. Because if you are the one “no vote” out of 435 you’re not getting anything done. [District 14 voters] have no representation.”

So that’s how you run against a Libertarian. Dr. Ron Paul casts each and every one of his votes to make his Libertarian point, not for the good of his constituents. Shane Sklar says that he will work for the people in CD-14 in contrast to Paul, who only wants to continue to “make a point” that only one half of one percent of Americans care about.
Posted by Hal at 1:26 PM

Hey, let's remember how Ron Paul was elected, O.K.? The 14th C.D. was held by boll weevil "Democrat" Greg Laughlin who people put up with on the grounds that "he's the best we can get with the district like it is." So this "Democrat" decided that he didn't want to be a "Democrat" anymore when the Republicans took Congress in 1994. Then Laughlin boasted that he wouldn't have any trouble winning the Republican Primary for his seat because "his supporters" voted Republican anyway, except for himself. In other words, Laughlin was telling the Democrats who had busted their humps for him, "So long, and thanks for all the fish!" Are you down with that? Because a lot of C.D. 14 voters weren't, and they voted in Ron Paul in the Primary instead. Let's just keep the facts in context, shall we? And by the way, Paul USED to represent the 22nd C.D., from 1978-84, if memory serves--he made the mistake of running for the U.S. Senate against Phil Gramm and lost his first seat.

Yes, I purposely kept all that past baggage out because it doesn't matter anymore. What matters is that CD-14 voters now have a chance to vote FOR someone this time, someone who will work for them.

But OK, point made. Include the past baggage. They need to recall the reasons they started voting for Ron Paul, and realize that, if they aren't ideologically with Shane Sklar all the time, it is in their own selfish interest to vote AGAINST Dr. Paul this year.

They need to realize this and do this so they can get rid of the guy who just wants to prove a point, and elect a man who wants to help his district.

Well, I clicked the Jesus link, and was shocked to learn that you think the son of God was a white woman...

In the future, please use this more accurate rendering of the King of Peace:

Otherwise, this posts appears to be authentic truth.

Buddha's Butt, Mark, you're absolutely right. That WAS a white woman. I must have made the selection without my reading glasses.