Remember the anointment of Shelley Sekula Gibbs last year? After Tom DeLay was told under no uncertain terms that he could not know where he would be living on Election Day 2006, and Tina Benkiser was told not to violate the US Constitution by overseeing a backroom coronation of a new candidate to face Nick Lampson in the Fall, Fort Bend GOP met in closed session in a church in Pearland and anointed a write-in candidate to be the Republican answer to Nick Lampson. They just couldn’t use the “R word” in the campaign (a rule that they conveniently forgot time and time again).

Well now, fact of the matter is, this is a position which is decided by a plurality of the popular vote. Republican voters in Fort Bend County are being disenfranchised and a person who is normally elected will be appointed by the Executive Committee, most of whose members, it appears, are the majority that opposed Gary Gillen’s every move time and time again.

Another victory for democracy and one man, one vote.

The outcome is virtually assured. Look for one of their number to be elected quickly, quietly and in a backroom somewhere.

I ask myself, will this new alignment end all of the party squabbling amongst our friends across the aisle? Given how fractious these people are I think that the answer is pretty clear, often stated as a question itself, whose answer we see confirmed in the photo below. 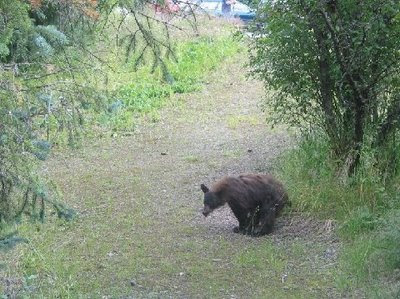