And Filing for US Senator From Texas . . .

Continuing on the theme from yesterday, who thus far has filed to be on the Texas Primary ballot for United States Senator?

For the forces of The Dark Side, a Larry Kilgore, listed as a consultant filed on Day 1 of the filing window 12/3/2007, and then on 12/15/2007 the present junior senator from Texas, John Cornyn has filed.

So far, two Republicans will fight it out for the nomination.

Larry Kilgore, a 42-year old right wing evangelical Christian, is running on a platform of loving God and hating the Nazis who are killing our unborn children (or, at least, that’s how it reads on page one of his campaign website).

Ever the spoiler, Kilgore ran against Rick Perry for the GOP nomination for Texas Governor back in 2006 garnering 50,119 votes or 7.64% of the primary-going Republican voters.

And chances are he will get about the same number of votes again unless someone has passed on to that great voting booth in the sky.

John Cornyn, whose qualifications for candidacy (and draft dodging) has been chronicled here and here, then finds himself in a comfortable place among his voting base, who have been left with little other choice in the primary.

For the Democratic Party we have three filings for United States Senator thus far.

State Rep. LTC Rick Noriega filed on opening day on 12/3/2007 amid fanfare after a friendly sendoff held in his Houston neighborhood. This was followed by the 12/18/2007 filing by Ray McMurrey, who incidentally filed for the entire US Senate. He was closely followed by the ever-present Gene Kelly who filed on 12/21/2007.

Rick Noriega is running on his Story, which is a good one, and on his progressive positions that have been made clear in the legislative record of the Texas State Legislature.

Ray McMurrey is running because apparently he doesn’t like Rick Noriega. For the life of me I can’t find out about a single thing that this social studies teacher from Corpus Christi is for, except that he is for Rick Noriega not getting the nomination. My suspicion is that McMurrey, with his roots in Mikal Watts-land, is sore at Rick for not being entangled in the shadowy dealings of Mauricio Celis, as did the candidate that he formerly supported.

And finally we have the ever-present and ever-popular Gene Kelly. I liked him in “An American in Paris”, didn’t you? Remember “Singing in the Rain”? You do? Well that’s what this Gene Kelly hopes you remember also because he’s not that Gene Kelly, the handsome actor, singer-dancer. He’s 81-year old Gene Kelly, the retired Air Force lawyer. Kelly has some state-wide name recognition since he has run and lost more statewide elections than most candidates of either side of the aisle. And his name is spelled the same as the actor’s.

Do you think that he has gotten votes in the past because voters have mistaken this Gene for THAT Gene? 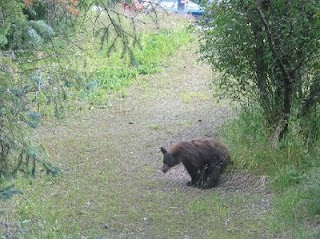 Maybe you should check out McMurrey's Web site for his policy statements -- something Noriega's lacks.

Parkdale Bank: Ray Mc Murrey Is From Here, He Still Believes Like It Says In The Intro, "I'll be a straight-shooter & a square-dealer "& He Does "Remember The Alamo"

"I'll be as hardy of mind as I am of body. I'll be a straight-shooter and a square-dealer. My family name will be sacred My word will be as good as any contract. I'll remember the Alamo. I'll stick by my friends. And I'll eat more chicken-fried steak."


"We do not win by replacing a corporate Republican with a corporate Democrat," said Mr. McMurrey


Ray told me this before he spoke at his Official Announcement to run against the Corporate Democratic Military Industrial Complex Candidate for Texas US Senator.

A very passionate candidate who is anything other than a fake or what some like to call a politician.

Ray is not a Politician and this is a very very positive attribute.

Dont get me wrong he is very well suited for the Senate and the diplomacy is there but there is a sternness that demands his respect kind of like the respect and command he possesses in the classroom. I think we can all agree, if he can handle our youth in the classroom he will do well for us in Washington.

Stay tuned for Jan 2 next year.