Robert Pruett’s former campaign website, PruettForCongress.com was hijacked by unknown miscreants, who, for some reason or another, didn’t want his message to be broadcast while he was in a runoff election with his opponent, former Republican HD 135 candidate Winston Cochran. Pruett and Cochran are locked in a head-to-head race for the Democratic nomination to run against Congressman Ron “Doctor No” Paul in CD-14. Dr. Paul is the Libertarian who Republicans in CD-14 keep returning to congress for reasons that are unknown and unknowable by me.

Who could have committed this heinous act, an attempt to deprive Robert Pruett of his 1st Amendment rights, among other things, is anyone’s guess.

But it is a moot point now, because like the Phoenix Bird, Pruett’s website has arisen out of the ashes of its funeral pyre and re-emerged as http://www.pruett4congress.com/.

Just in time, I think. 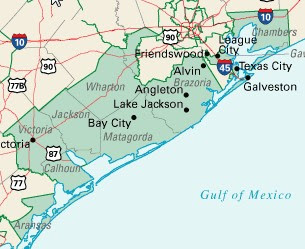 Now I cover Fort Bend County and CD-14 is a sprawling thing that spreads west from Fort Bend and hugs the Gulf Coast over several counties. Here is a map. The Fort Bend part of CD-14 is the crescent-shaped piece of land that abuts right on the “F” of the word Friendswood that appears on the map.