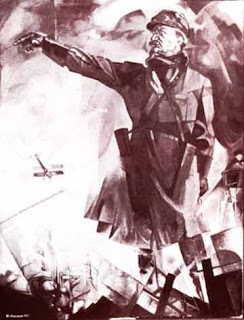 Is anyone else getting sick of the rightwing nut rhetoric that this person or that person is a socialist?

Implying, of course that being a socialist is a bad, bad thing.

It is amazing, though, what programs and ideas that people are willing to accept in their lives, and not be aware of just how socialistic that thing is.

So here we go, paraphrasing the Jeff Foxworthy comedy routine, “You might be a redneck…” here are my favorite socialist programs that are part of our everyday lives.

If you have ever stood in an unemployment line to apply for your government- guaranteed unemployment check while you are in between jobs, you just might be a socialist.

If you have ever gotten a prescription filled at your local drug counter, and Medicare or Medicaid picked up the tab, you just might be a socialist.

Or if you are thankful that your elderly relatives can do the above, same thing.

If you have ever taken a look at your statement from the Social Security Administration telling you what you can expect your monthly income to be once you retire, and done some mental math tallying that figure, you know you just might be a socialist.

If you want Big Government to interfere with the health and wellbeing of a woman because she is not as intelligent as you are about deciding whether or not she should give birth to another human being, you might just be a socialist.

If you think that Goldman-Sachs should be punished for making a billion dollars by convincing people to invest in home mortgages, when they knew it was a bad investment, you might just be a socialist.

If you think that it is OK to keep and bear arms, but it is a singularly bad idea to allow private citizens to own machine guns, bazookas and smart bombs, things that our military has no trouble stockpiling, then you might just be a socialist.

If you think that people have the absolute right to vote and should not be made to jump through governmental hoops like paying for a photo id so you can vote, you might just be a socialist.

If you think that Wall Street did not have the best interests of Main Street in mind when they drove our economy into the ground because no one was watching the store, and should be re-regulated, you aren’t just a socialist, you are a flaming socialist.

And finally, if you actually like the fact that your neighbor can’t sell his house to a guy who wants to turn it into an auto repair garage because your city or county has zoning laws, then, oh yes, you are very probably a socialist.
Posted by Hal at 7:10 PM