A New Factor in the Republican Primary Process: The DB Factor

A reader who I actually know personally sent to me an image that I simply cannot ignore. As a matter of fact it dovetails nicely with something that has been on my mind lately: the “crudification” of the GOP.
As the Tea Party becomes more and more a factor in everyday Republican politics, civility has ended, and has been replaced by . . . well . . . the DB Factor.
The DB Factor is a factor introduced by Teabaggers, and has become part and parcel of what makes up Republicanism today. The DB Factor allows people to become less civil to each other, to care less and less about the plight of their fellow man, and become more and more self-interested, that is, greedy and miserly.
The DB Factor, need I say it, was introduced by Senator Rand Paul’s namesake, Ayn Rand, author of The Fountain and Atlas Shrugged, two classics of American cult literature that defined the platform of the Libertarian Party – and now, the de facto philosophy of a Republican Party that flees to the right in reaction to the continued presence of a moderate Republican – and Mormon, need I say – Mitt Romney.
One can only guess what the title Atlas Shrugged refers to. All I know is that Ms. Rand’s novel was poorly named if it is to let the reader know what the novel is about. So I like this one better. 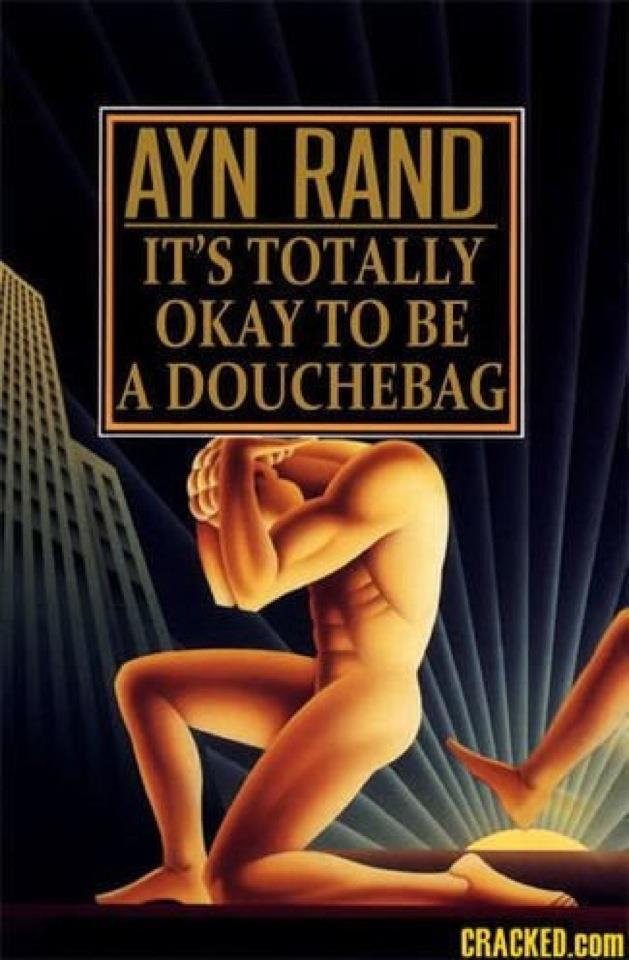