Birth Control is a Debate I Welcome

Has the entire Republican Party gone insane? The Uber Right Wing seems to have no boundaries. Now they are going after birth control?
A pro-life argument it seems.
An “every sperm (and egg) is sacred” approach to big government intrusion into the personal lives of millions of Americans.
Good Lord, have Democrats gotten that lucky?
In a recent Quinnipiac poll, it has been revealed that 82% of Americans “support the use of birth control” and in addition to that, 71% think health insurance should cover it.
12% think birth control should be banned. That’s half of what I would consider are the number of conservative Republicans out there.
This is a debate I want to have. It’s a debate question I am waiting to be asked at this fall’s presidential debates with unabashed joy.
Political cartoonists are already having a field day with this. 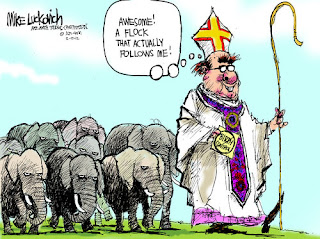 Good lord. Where in the above do you come away with the impression that I am against birth control?