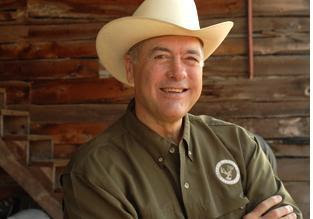 There is something about Larry Joe Doherty that you have to like. First, this is a guy who has spent his career as a lawyer filing legal malpractice suits against other lawyers. I like the idea of having someone keeping the legal playing field level because when someone like me goes to court, it isn’t for an everyday occasion, but a life-changing one.

I like it that there is someone who makes sure his colleagues are treating their clients thoughtfully and fairly.

So imagine my delight today when I read that the DCCC has added Larry Joe’s race against Tom DeLay’s star pupil, Mike McCaul in Texas CD 10 to its “Emerging Races List.”

The DCCC thinks this one is winnable. From the press release:

“The polls, our fundraising numbers, and the word spreading through the streets of Austin, Katy, Elgin and Brenham all show the same thing – we are going to win this race. It will be no surprise to my supporters that our campaign is now generating interest and support across the nation to help turn this district blue again.”

Larry Joe Doherty’s campaign is being powered by individual contributions, not contributions from the special interest groups that feed McCaul’s kitty. Just take a look here, for instance, at a new website called “What DeLay Taught McCaul” for some fun facts on what altar McCaul prays to for campaign cash.

If you want to be one of these individual contributors, even if you don’t live within CD 10, you might want to make a visit here and then to their “Contributions page” to drop a few dead presidents in their campaign war chest. A campaign war chest that now funds an “Emerging Race.”

You know, the talking heads on TV are all expecting “business as usual” from the voters in Texas this year.

I think that they are all in for a big surprise.
Posted by Hal at 11:30 AM

I'm seeing more and more LJD signs around my precinct. And nary a Mike McCaul yard sign. (But a couple of McCaul bumper stickers.)

As a fairly close observer of the Lorenzo Sadun's write in campaign and Ted Ankrum's underfunded campaign, it's exciting to see a well funded campaign fighting the good fight against "Our Con.....man."