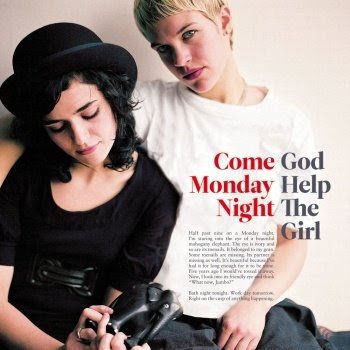 I was all set to do a piece on Pete Olson today. Pete Olson is my congressman, but can’t seem to find his “Aye” button on the thing he uses to cast votes. Maybe I’ll get to that later, but for now, I want to give you a gift.

I found another new and interesting musical group that I want to share with you.

The group is called “God Help the Girl” (I know, how cute is that?). I heard a cut from their newly recorded but still unreleased CD of the same name called “Come Monday Night.” This song, and the lead singer, Catherine Ireton, are together, really, really easy on the ears.

Don’t take my word for it. The group’s website, found here, contains code so I can embed the song in the blog.

I just happened on this masterpiece purely by accident. It was called to my attention because of the new postal rates.

I just bought a roll of stamps a month ago, and then on May 11th they raised the rates for 1st class mail by 2 cents. So for the past couple of days I have been trying to find a place to buy 2-cent stamps to augment my now insufficient postage stamps, so I can pay my mid-month bills. And nobody sells 2 cent stamps anymore but the post office.

So I had to make a special trip to the post office after work, taking myself way out of the way to my home. Had I not done that, the car would have been in the garage when the song came on KPFT this afternoon.

And I would have missed the whole thing.

And by the same line of reasoning, so would you have.

So say “thank you” to the US Post Office, Barack Obama, proprietor, for raising those rates. It was a small price to pay in return for making this marvelous discovery.