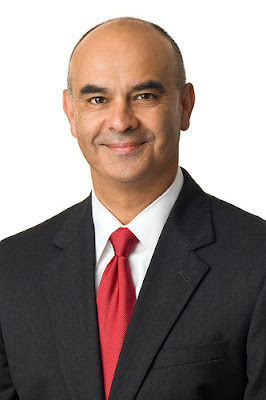 In a news release this afternoon, the Rick Noriega for US Senate exploratory committee announced that the campaign will post total donations for the 2008 3rd quarter campaign contributions report of over $570,000.

Previously, Rick Noriega established himself as the “people powered grassroots candidate” for this US Senator from Texas seat. He is also the candidate of choice among the vast majority of statewide and national political bloggers. He undisputedly has the greatest amount of legislative experience having served 5 terms in the Texas House. His record of leadership extends from a leadership position in Afghanistan, to Incident Commander at the George R. Brown Convention center as Houston became a refuge for Hurricane Katrina evacuees, and then as leader in drug interdiction efforts along the Mexican border.

All of these were previous plusses that have been spread far and wide.

And now, Rick Noriega has established himself as a candidate who has fundraising appeal, and can attract campaign contributions from a wide network of donors. Now we can close that door – the door held open by his primary opponent – the one that says he doesn’t have the appeal to attract enough campaign contributions.

He has that appeal.

“Rick Noriega’s strength is his story,” noted his campaign manager Sue Schechter, referring to his long history of service, including a tour of duty in Afghanistan, playing a leading role in the Hurricane Katrina relief efforts in Houston, commanding troops and serving five terms as a State Representative. “As our very first FEC report makes clear, Rick has the fundraising appeal and a growing network of supporters to ensure we’ll have the resources to communicate his story to the voters.”

Where this is significant is that of the 5 winning Democratic challengers in the 2006 campaign, only two Democratic candidates outperformed Rick Noriega. The campaigns of John Tester, Jim Webb and Sherrod Brown brought in smaller contribution totals than Noriega in their October 15, 2006 filings. Only the campaigns of Claire McCaskill and Bob Casey did better. And even then, both McCaskill and Casey had already established state-wide name recognition, both of them having run in previous state-wide races.

Mikal Watts campaign supporters will point at their candidate’s deep pockets and his $7 million gift/loan to himself and say how can you compare a few hundred thousand dollars to millions?

This is how. This is not a race to match Watts’ war chest dollar for dollar. This isn’t about traveling around the state buying everyone a roast beef dinner, either. This is about having the funding necessary to carry to the voters the best story in this race. Every time I tell his story to someone for the first time the usual reaction is raised eyebrows and words to the effect that this is too good to be true. Rick Noriega has been there and done that. He has walked the walk.