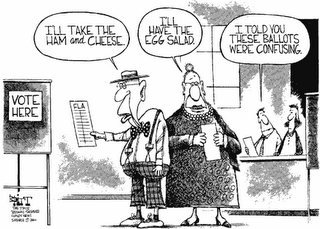 I myself have almost never been a fan of straight ticket voting. Not because I don’t vote a straight Democratic ticket, I do. I just simply hate to make one mark and have that be it. One mark votes all. I am more the type to want to vote FOR each and every Democratic candidate proactively and with feeling.

I’ve changed my mind in this election for a couple of reasons.

First, this election is going to be one confusing SOB for the Republicans. Here we have Stealth Republicans who see that having 3 Texas governor races heavily backed by Republicans (one real Republican candidate, ol’ what-his-name, and two independent candidates, Kinky and Grandma), there will be a significant reduction straight ticket voting among Republicans. They’ll have to work a whole lot harder to make sure that Republican voters fill out their ballots completely this November. And that means name recognition. Something that many downballot Republicans haven’t had to deal with before. And in addition to name recognition, they have to deal with the fact that Republicans are getting angry at their national leadership, and to the fact that mainstream Republicans are starting to get turned off by neo-conservative vitriolic shrieking.

As I mentioned in a previous posting, some GOP candidates are joining our “tour group” as it were, on the sly. I hear that Annie Elliott, or those that work for her, is also not up to a forthright campaign.

So that’s the number one reason to vote a straight Democratic ticket with “one button shopping”. Republicans can’t do it. That’s right, they are officially Republican’ts. 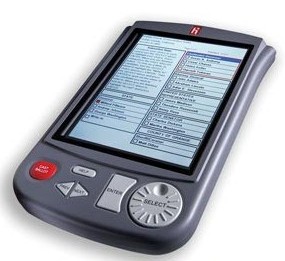 Number two reason: I don’t trust that machine. Dave Maschek’s recent newsletter outlined problems that he personally, as a precinct judge, encountered with the voting machine in the primary run-off election.

“One voter on April 11 asked me for help. When I went to assist her, I found eSlate would not let her cast her ballot because she did not vote for anyone. Clearly, she had made choices but because of problems in the eSlate system, her choices were erased before she voted. I asked her to try again. When she tried to vote a second time, one of her two choices was erased. It surprised me to see how easily a voter could cause this to happen. At last, she selected candidates in both races and cast her ballot.”

However, if you vote a straight ticket you can then see the result in the voting summary screen, and all you need to do is make sure that all of the Democratic candidates are shown in the list of your selections. Then cast the ballot.

Fort Bend voters have been sold a bill of goods in this eSlate system. The best assurance that you can have that your vote will count is to vote the straight ticket with one button.

Straight ticket, one-stop shopping. Do it because the “ic” in Democratic stands for “I Can”