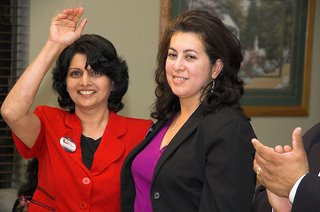 Neeta Sane, the local Democratic Party’s secret weapon here in Fort Bend County, Texas, had a fundraiser party thrown for her last night in Stafford. Bryan, master photographer was there shooting mass quantities of photons at everyone there.

muse didn’t show. I don’t know, something about parental responsibilities.

And guess what wasn’t there? Barbecue.

Really, honest to Krishna. It was as if I passed out of the humid Texas air and into a Marin County, California clubhouse: those sandwiches that don’t have bread crusts, fruit, cheese, wine. 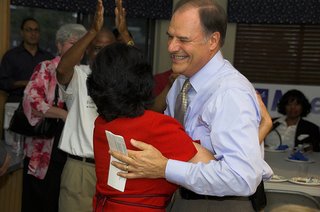 Nick Lampson, Democratic candidate for US Congress in Congressional District 22, and Neeta Sane fan, was there showing his admiration and support.

Hosted by Stafford Mayor Leonard Scarcella, Councilman Ken Matthew, and Don Bankston, current member on the SDEC, Neeta’s party was a virtual love fest starring Neeta. Everyone who spoke some had nothing bad to say about Neeta except for maybe Mayor Scarcella. Mayor Scarcella apparently knows first hand what it’s going to be like when Neeta wins her race for county treasurer, and deals with the league of good old boys that currently make up the Commissioners Court. He mentioned what happens, when you run afoul of Neeta, but disappointingly avoided the fine details.

Nick Lampson, as it turns out, is inspired by Neeta and her natural exuberance and enthusiasm that permeates every molecule of her existence. He compared her natural fervor and passion to his own and admitted he paled in contrast. He also held a note card reading off her various talents and skills, which are huge: she owns her own software development company, developing and marketing software that deals with security and financial systems. Nick said that she is highly qualified for the office she is seeking.

I’d say so. Contrast that to Jeff Council. He sells insurance, and is a crony of 3 out of 4 county commissioners and their leader, Judge Hebert. Council’s only claim to fame as far as Fort Bend County goes, is that he sits as Vice President of the Fort Bend County Flood Control Water Supply Corp, the organization that recently completed the Big Creek flood control project – one 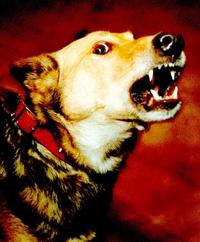 that has been ongoing for the past 18 years, at the cost of some $12 million. This project, they say, will allow development of thousands of acres of agricultural land in the Pleak-Needville area, as it will serve to drain the area more efficiently. Cha-Ching for some who own land in that area, I’d say.

Council demonstrates his ability to serve as the official County Commissioner Lapdog well I think. Neeta, despite her size, has tenacity and integrity, and will be the best thing that has happened to Fort Bend County in many years.

Watch out Commissioners Court. Democratic Watchdog Neeta is comin’ to git ya.
Posted by Hal at 8:11 PM