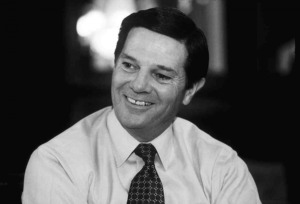 Juanita broke this one.

In a stunning and unbelievably timely announcement, a Washington-based watchdog group called Citizens for Responsibility and Ethics in Washington (CREW), said they had received a fax from the Federal Election Commission (FEC) detailing the final settlement between Tom DeLay’s favorite cash cow, ARMPAC (Americans for a Republican Majority PAC) and the FEC. This settlement comes as a result of an FEC investigation in the filing records of ARMPAC. Filing violations were originally brought to their attention in an August 2005 complaint by CREW to the FEC. In their original complaint, CREW maintained that ARMPAC had used “soft money” that is unregulated to fund federal get-out-the-vote political activities in federal races.

Now, as a result of this final settlement, among other things, ARMPAC will have to

2) amend its records, and

ARMPAC provided campaign contributions to just about every Republican in Congress. It also provided the initial seed money to start Tom DeLay’s other favorite cash cow, TRMPAC. TRMPAC is, as anyone who can read a newspaper or blog knows, is the PAC that contributed $190,000 to Republican state house and senate campaigns through a money laundering scheme hatched by Tom DeLay. That scheme resulted in a Travis County Grand Jury indictment of Tom DeLay. That indictment, along with daily revelations of DeLay’s association with discredited moneyman Jack Abramoff, eventually resulted in DeLay’s resignation from his congressional seat and withdrawl from the ’06 election. State GOP Chairman Tina Benkiser sought to replace DeLay’s name on the ballot, but that effort was stopped cold in a suit filed by the Texas Democratic Party. This resulted in a ruling by Republican appointee Judge Sam Sparks that Tom DeLay was indeed eligible to run for Congress, and for Benkiser to find him ineligible in order to replace him exceeded her purview and violated Article 1 Section 2 of the US Constitution.

Ignorance of the Law is No Excuse

ARMPAC, in responding to FEC’s charges, claimed they didn’t know, misunderstood, and dropped a couple of decimals here and there. In and among their list of "oopsies", FEC pointed out that they

Caught with their proverbial pants down ARMPAC signed off on the settlement earlier today.

Tom “The Hammer” DeLay found himself in such good graces with fellow Republicans in the House mainly because of his $3.5 million of ARMPAC contributions to campaign war chests of practically all of them. Since this fund first started appearing in the news, Republicans were repeatedly called upon to return the funds to the PAC. Few have complied with the request, however. With today’s announcement, there is little doubt that there will be a renewed outcry. The only thing is . . . since ARMPAC is out of business, these dirty money takers are going to ask: “how are they going to return the money now?”

Well, follow the lead of your peers, guys. Donate it to charity.

I have a few suggestions, listed below not in any particular order:

The picture of Tom DeLay is from 20 years ago? He doesn't look awful enough! The many is scary looking these days. Bloated, surgically altered from his face lifte . . . ick.

I put that one up because I had never noticed the gap between his teeth before. It explains why you don't see him grinning very much.

I wonder if he used PAC money to pay for his facelift. If he didn't he should ask for a refund.