Where does TFT(Texas Federation of Teachers) get off doing something like endorsing former Republican (and still conservative) Carole Keeton Strayhorn in her bid for the governor’s job? For one thing, a recent poll shows her running in 4th place. For another thing, the AFL-CIO, of which TFT is a part, endorsed Democratic candidate Chris Bell at their convention last May.

"As a former teacher and longtime supporter of public education, Strayhorn has shown that she will keep the interests of our schoolchildren at the top of her agenda."

This shouldn’t a surprise to anyone. Back in January when Carole Keeton Strayhorn announced her independent candidacy, Linda Bridges was quoted as saying:

“Strayhorn's new independent status improves the prospects for a productive debate on real solutions to the state's failure to fund public education so that all children have a fair chance to succeed."

And last May Strayhorn's comments on HB1 were included in the TFT "Teacher Action" Newsletter along with Linda Bridges'.

I guess when AFL-CIO endorsed Chris Bell at their convention last May, no one bothered to check with Linda, who had already placed her stamp of approval on Strayhorn months earlier and maintained it up to the present. In his statement on Strayhorn's attempt to block their endorsement of Bell, if she couldn't have it herself, Chris Bell quipped "Carole Strayhorn speaking to a labor convention is like Godzilla running for Mayor of Tokyo". I hear that Chris Bell has a rather dry (some say positively arid) sense of humor. This is more like the "in-your-face" variety, I think.

Curiouser and Curiouser
Last February, school start dates became a hot political potato. Several groups were lobbying to have a uniform start date in Texas, and that it be after Labor Day. What’s the diff? Well, come to find out, most of the reasons for a later start date are centered around vacation schedules. Parents want August available to go on vacation. Now THAT makes sense! We need August freed up so we can take our kiddies out of the blistering Texas summer weather. Oh, wait, someone points out, doesn’t that mean that there will be less school time for students to prepare for SATs, ACTs and AP tests? Well, maybe, but we’re talking about a family vacation here!

Where does Carole Keeton Strayhorn weigh in on the issue? Post Labor Day startup. Ever the fiscal conservative, she reckoned it all out and said a later startup will save Texas $790 million. Nice, we can go on vacation in August AND save money to boot (and to heck with the test scores).

But now here’s the kicker: Linda Bridges expressed this view of teachers on the issue (a new view): “many teachers are concerned about pushing back midterm exams until after winter break, a necessary move if school starts in September. The students sometimes forget material during the break”.

So it looks like it is an on again off again relationship.

Linda, I think we need to consider loyalty and consistency here. Could it be that the main reason you endorsed Carole Keeton Strayhorn is that she, as a long-time supporter of school vouchers flipped over to the other side last year? Is that why? Not only has Carole Keeton Strayhorn gotten a total of $100,000 in campaign contributions from James Leininger, one major Texas Fat Cat who is bankrolling the voucher movement in Texas, she got a $950,000 loan from him to run her campaign in 1999. For which she kindly repaid by supporting “a 1999 voucher measure and signed a letter using the Comptroller’s state seal to raise money for a Leininger-founded, pro-voucher think tank.”

But now Carole Keeton Strayhorn, an ex-teacher by the way (oh, you knew that already?), has seen the light and says that “vouchers are off the table”. What table Carole? The one you put them on in the first place?

More on that some other time. 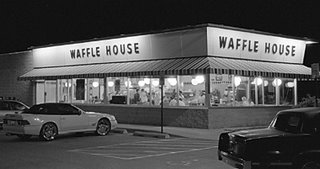 Linda, call it back. You want TFT to back a former teacher who waffles on the issue of school vouchers, supports a late startup day to save money at the expense of childrens’ test scores (and so people can have a vacation during the hot month of August)?

TSTA also endorsed Strayhorn - very early, even before the March primary. When Bell was asked about that at a recent blogger get together with him, he said, "well, they haven't endorsed the right person in 20-something years."

I was at an education leadership meeting about a month ago, where an SBOE member, from the podium, said that teachers could make a difference in the governor's race this year and her implication was "don't vote for Perry."

I thought you were losing it when you said that Strayhorn was "in fourth place." I would have said, "LAST PLACE." Then I remembered the Libertarian candidate. So I guess Strayhorn is in the same position as Arkansas, which always ranks 49th in whatever, but is ahead of Mississippi, which ranks 50th. In Arkansas they say, "Thank God for Mississippi!" I reckon that Strayhorn feels the same way about the Libertarian.

While it's true that Strayhorn flip-flopped on vouchers and use of the TAKS Test as a prerequisite for grade advancement, she's no worse than Kinky.