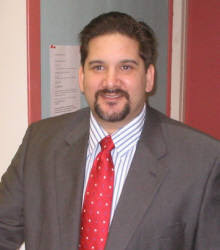 No, I’m not going to stop blogging on this campaign. For one thing, it’s the hottest thing in Texas politics at this moment. For another, the man is someone we need in Austin.

I was musing about his name, DiNovo. It’s Italian. But the name extends from Latin, the ancient roots of the Italian language. De Novo. De Novo has many meanings in our language. In law, where I first knew of its use, it simply means “new”. Trial De Novo means New Trial. But like all translations, it loses something in it. De Novo, in its ancient form and use means “New Beginning”.

And that is what this campaign is. A new beginning for the people of Brazoria and Matagorda Counties. Tammy, his campaign manager, told me why she is working so hard to get this man elected. Here we have a fairly new on the scene MD. He has a modest clinic in a strip mall in Pearland, Texas. While others in his position are working to build their businesses, clawing and scraping for medibucks, Dr. DiNovo makes it his business to treat patients who are under-insured or uninsured. He does this because he wants to serve the people. Even to the extent that when given an opportunity to speak at a candidates' forum earlier this week, Dr. DiNovo couldn't attend. He was on his way to the forum when he got called back to the clinic. It's here.

Oh, man, in this day and age, this is very much a New Beginning.

So that’s why, after attending a Fort Bend Democrats holiday lunch and business meeting at Farhan Shamsi’s place in Katy, I got in my environment-friendly gasoline-efficient mode of transport and got my behind down to Pearland for a Get Out The Vote session with a call list.

muse said that the event would be attended by bloggers, but I was the only one there at the time. But I got there late for the last shift so there you go. They gave me a Matagorda County list and I dug in. Somewhere in there I had to stop and get some water, and I was talking to the campaign workers about how it was going.

“Everyday there is excitement. Something new happens”

“Today it was the block walkers. There were two block walkers walking a precinct and they were stopped by the Pearland Police.” “They were told that they could not do this.”

Apparently someone called the Pearland PD and reported suspicious characters out walking in the neighborhoods. They were carrying clipboards, had campaign buttons and pocketsful of campaign literature.

But they were suspicious, nevertheless.

In advance of the campaign, Tammy actually contacted the Pearland city government and cleared the block walking with them. Now, I, as a California transplant, have no idea why that would be necessary, but sometimes I am hopelessly naïve about how Freedom of Speech and Assembly is handled in Texas. So Tammy had it covered, but the campaign workers were having trouble getting in contact with the Pearland Police Department on this issue.

No one answering? Guess there is no crime in Pearland on Saturday.

Maybe they were all at the Flea Market?


The Get Out The Vote effort continues through Tuesday evening. Go out and buy the cheapest gasoline you can find ($2.07 for me, today) and get your patooties down to Pearland. We can do this. Working together, we Democrats can get this one done.

The map to the the place is here. Take the Sam Houston Tollway south to the State Highway 35 offramp. Turn south and proceed to Broadway. Turn left at the signal, cross the tracks and the DiNovo HQ is past the first light after the tracks on the right.

And tell Tammy to get some sleep someday.
Posted by Hal at 9:18 PM