Getting back to Republicans bashing each other in the comments section on FortBendNow, Fort Bend County’s premier online newspaper, I keep waiting for someone to look up and notice that everyone is watching them claw each other into bloody masses.

Some members of the Executive Committee, led by Vice Chair Linda Howell, howled in anger and frustration and threatened to sue Gillen. These are Republicans of the evangelical neocon branch of the party. Gillen represents the moderate wing.

Gillen returned the favor by hijacking their money source.

So every time Bob Dunn comes out with a news story or an Op/Ed piece, the battle is joined and the factions hammer each other in public. There seemed to be no end in sight until this morning, I noticed under this story a voice of reason post a plea to both sides to work together. Comment 12 by Michael Franks. Michael Franks is a former SREC member who also vied in the ’06 Republican primary for the Republican candidate for HD 28. He and three others lost to John Zerwas (Franks got 317 votes).

Franks’ arguments were very persuasive. So persuasive that I said to myself, “Uh oh, there goes the public shooting match”.

“This all needs to stop!!! I cannot urge any stronger for the party to come together, to work together, and to put on this LDD together.”

“How ever this started doesn’t matter anymore. STOP IT. Show some statesmanship and have some “conflict resolution,” NOT escalate it!!!! ...which is the INVERSE of leadership and statesmanship REGARDLESS of who started what, when were and how.”

I don’t know about you but when I get email with so many exclamation points it goes right to my Junk Mail Folder.
He concludes with this:

“As a former party leader I URGE you to stop this, shake hands, ask forgiveness, build a new bridge of trust and cooperation, and put this event on together as the party. Use this situation to make you stronger and united, oh what a story THAT would be to have reported on. The alternative and to continue to do otherwise would be tragic.”

Oh well, I said to myself, it was fun while it lasted.
Then I read on.

“Michael — with all due respect, have you called Gary and told him that? What was his response? A group hug is not going to be possible until Gary concedes that the PAC was a bad idea and agrees to turn the event back over to the Party.”

“The EC is doing what it has to do. The alternative would be to let the Party’s longest-running and largest funding resource be in control of a single individual with no Party oversight.”

So basically Michael Franks was told by the neocon side to sit down and shut up. They want nothing but complete and total capitulation out of Gillen, and will shriek and claw in public until they get it. 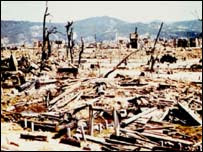 muse reports that over in Washington Nancy Pelosi has already gotten people working on retaining the freshmen congressmen in ’08 – the ones that won in close races against Republican incumbents or ones who skated in because of controversy surrounding their opponents. One aspect of this is to put freshmen congressmen in high profile positions where they can do their districts the most good. Over here in Fort Bend County, we have the Republican Party working on their own freshman congressman retention program. By the time ’08 comes around all there will be is a smoky charred landscape where a Republican Party once stood.
And speaking of freshmen congressmen, glad to hear everything is OK, Nick. You scared us all.
Posted by Hal at 4:49 PM