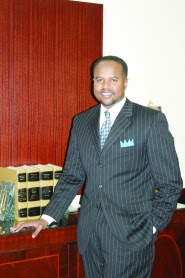 They were in the same room, a Fort Bend County Democratic Party function today, for the first time since Ron Reynolds announced the time and date of his formal announcement that he will run in the March primary against Dora Olivo for the Texas State House seat, District 27.

Dora was there from the beginning. She was seated across the room at a table of Democratic women, most of them Precinct Chairs. Just as the meeting got started, in glides Ron Reynolds. He walked across the back of the room and found an empty chair in the far corner.

Before the guest speaker got started, it was decided to allow all elected officials in the room get up and give a speech of undefined length. Other announced candidates in the room could meet and greet the attendees out in the hall, or during the meeting’s progression. But that was immediately nixed and the several candidates who were in the room, mostly to gather signatures for their ballot petitions, were given “2 minutes each”.

But Dora, as the only elected official in the room, got to speak first. She stood in front of the room and spoke of her voting record in the House, that she is with us – and obviously didn’t mention where she isn’t. She spoke of her work with the coalition of groups who oppose expansion of the Blue Ridge Landfill, spoke of an issue that she took up with the Fort Bend ISD Board of Trustees concerning schools in east Fort Bend County, spoke of interest groups she was working with, and recognition that she had received.

Dora spoke about Dora and the why of it is that she will have an opponent in March who is not a political unknown, but a man who is well liked and well respected in the area. Local Fort Bend County attorney Ron Reynolds.

A bunch of other candidates got up to give brief – and not so brief – speeches about their campaigns. Then when no other candidates could be found, Ron Reynolds was recognized. Ron, who is a bit under the weather with a summer cold, was there, he said, not as a candidate but as an activist who wanted to come and learn how he could help other Democrats get elected. His goal is to help the Democratic Party grow and in order to do this, Democrats must, as candidates or as activists, must work to support other campaigns.

Someone asked, again, what seat Ron was running for. “District 27” came the answer. And there was a near imperceptible pause that went around the room as it registered on people that Dora and Ron were both in the room. In the same room, yes, for the first time since Ron’s big announcement, but it occurred to me that for most in the room, they were hearing this for the first time.

I got to speak with Ron a little later. Ron Reynolds reads my blog. We were talking about public service and our duty to help other candidates. Marsha was also there. Those who know Marsha know that she is rather blunt. She compared and contrasted Dora’s and Ron’s speeches, and concluded that Dora’s was “all I” and Ron’s was “all We”.

I’ve said this before and I’ll say it again: this is going to one barn burner of a primary this coming March. Maybe they will have decided who the presidential nominee will be before March 3rd, But here in Texas Democratic voters are going to be faced with some real choices for the first time in years.

As they said in that old AT&T commercial: “Choose wisely.”
Posted by Hal at 7:23 PM

And Dora stayed throughout the whole training. Or most of it, anyway.

Ron, not so much.

Also, I think Dora's accomplishments and involvement with the community are about "we".

Yes. I will bear personal witness that Dora Olivo sat throgh the entire training. Absolutely. Ron left at some point after I had a talk with him.

Dora stayed until the bitter end.

You cannot rate a candidate based on their longevity at a training session. That Dora stayed until the end is great. I had feelings that this training session was not all that I thought it should be. Our trainer seemed uninformed in local politics. Just sayin'.

Yeah, Ron left early. So did every other non office holding job seeker at that meeting. They had other fish to fry. Dora needed to stay because it was incumbent upon her to stay until the end, because she is, face it, the incumbent.

Carol, I love and appreciate every vote that Dora has cast for us. But it's not enough. We are a demanding bunch and want her to support women who think that they have the right, without interference from the state, to decide what to do with their own bodies. If she cannot do that, then we need to find someone who can.

That person is Ron Reynolds.

Be careful of what you wish for.

That is the other thing that is so ridiculous. Divided loyalties within a party, during a primary, do not translate to voting for the Dark Side in November. As I mentioned before, HD 27 is a Democratic district. What's wrong with healthy debate?

One of the good things that comes out of this is that Dora Olivo will be more visible this time around. She'll have to work a little harder for Democratic votes. Bad for Dora, good for everyone else.

Don't forget, Ron could barely speak for his sore throat. I would have loved to have talked with him because I adore him, but frankly I don't need a cold, thank you very much. He was his usual gentlemanly self and departed gracefully. He needed to go home, rest and partake of chicken soup.

That's right, and I even mentioned that he was ill. I didn't put it together that he didn't stay for the whole thing because he needed to go home and rest. That he showed up at all does him credit.

That first comment was not made by Carol, whoever that is.

I think this may be of interest to you all. If possible get the details from the victims and then decide who/whom is genuine:

Yes, Anonymous, we are all aware that Ron is on probation at the Texas Bar. Have YOU asked him about it? He has a very good explanation that I am sure he would like to convey to you should you want to ask him.

But no. I can see that is not what you want to do. I want to thank you for a preview of just how the opposition is going to defend its stand on stem cell research and women's choice: an attack on a lawyer's record of conduct.

The issues challenge is going to be answered with an ethics challenge. We can talk issues or we can talk ethics, but let's not mix them. But if we do, what does that tell you about the candidate's viability?

this comment is real late - it's january! - but important.

I hope and trust that a serious review of how thin - inconsequential, really - olivo's legislative record has been.

she doesn't file much legislation; what she does file rarely passes; and what does happen to pass tends to be in the category of resolution/recognition. she is lazy. she is furniture. she likes the perks of the position but will not work up a sweat to get her bills passed.

she's big on bringing busloads of folks from her district to austin during the session and then recognizing them from the floor. what a way to get votes, dora! but not much help on issues that really matter to the people of your district.

Jolie,
Like you, I am a former staffer of Dora Olivo and can say from experience that I completely agree with you on her legislative record or the lack of it.